As it stands now, it is required for a child under six years of age to stand in front of a courtroom, without their parents, in front of their abuser and a room full of strangers, to explain their sexual assault.

Keep in mind that one of the first processes during the case is for the child to speak with a psychologist and explain their assault while being video recorded. They take the child into a comfort room and speak with them one on one. In this step, they ask in depth what happened.

When we speak of sexual assault, it is a hard crime for the victim to accept let alone tell others as an adult; yet here we are asking children under six to not only speak on it with the psychologist but the officers, their doctors, CPS and many others. Then it does not stop there for them. If the case goes to trial, we ask them to stand in front of strangers and their abuser and explain it again. We force these children to keep reliving a tragedy that ripped their innocence from them. We ask them to keep reliving the nightmare over and over again. These children are still babies barely getting their first grasp on the world. When they are this young, their lives are greatly impacted, and we as adults are destroying them more than the tragedy has already done.

I proposition that during the video-recorded interview, the child be shown multiple pictures of people they know and some they do not. In these, we can have a picture of their abuser for the child to single out. Right then and there, the child can accuse their abuser in front of a witness without the damage of seeing their assailant face to face again. They can begin their healing process without having the nightmare relived repeatedly.

Without destroying the progress they have made in their healing, we can show the child there are not only bad guys in this world but heroes who would do anything to protect them. We need to make these kids feel safe and trust in the system. As of now, all they see are strangers who keep making them face a terrible nightmare that seems never to end.

As parents, we want nothing more than to protect our children, especially if they have already been severely scarred. Here we have these monsters serving far lesser sentences than they deserve on the pure fact their parents will agree to just about anything if it means their child does not have to go through the agony of facing their assailant at trial.

Not only does this cause the assailant to have a lesser sentence, but it also means if this assailant committed a super aggravated sexual assault (an assault on a child less than six), they can serve time for a  mere sexual assault. Meaning not only do they get a lesser sentence but they are freed back into society sooner with their record not telling the truth; that they took someone who could not defend themselves, who is pure and innocent and ripped them of their safety. Then who ever should come into contact with this person is blind to the fact that they are letting a monster interact with their small children. All because the “Super” got dropped on the mere aspect that one child was too frightened to stare their abuser in the face and describe their sexual assault to a jury. Children this small cannot make up what they do not know in great detail as their recordings show them doing so why are we allowing the villain to escape because a child is too frightened to do what most adults cannot force themselves to do?

turksev-admin start this petition
4 Jahren ago

You are signed Successfully!

You’re one of 12 people to sign this petition. Now help find 12 more people to reach the goal. 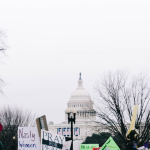 Today: turksev-admin is counting on you

As fires ripped through Northern California burning down over 8,000 homes and ...

Dear President Trump and his Administration, I, Cyrus, and my friend Erin are ...