In 2004, our daughter Courtney Bisbee, was falsely accused by one teenager, of an alleged sexual "touching" incident while in a room of teenagers. An alleged crime that never happened. The story was made up by her teenage accuser’s mom in a scheme to sue a school district for money. Her own son, and the prosecution’s star witness, would sign a sworn affidavit admitting his mother forced him to lie about this.

Days after the alleged incident, Courtney was arrested at her home with no arrest warrant in Scottsdale, AZ. There was no due process, no investigation and Courtney was held NON-bondable for 66 days. All based on a false accusation. (Note: the National Exoneration Registry, 2012 data shows 74% of the exonerees convicted of child molest were falsely accused/perjury).

On January 18, 2006, she was wrongfully convicted of child molestation of then 13-year-old Jonathan Valles at a Bench trial (no jury) in this “he said, she said” case - there was no physical evidence against her. She was sentenced to 11 years flat time, no early release, and sex offender registry upon release.

After Courtney's conviction, Nik Valles, who was the prosecution’s star witness and older brother of her accuser, (and in the room at the time of the alleged incident) came forward and admitted in a sworn affidavit that the accusation against Courtney was concocted by their mother Janette Sloan. She forced them to lie and testify against Courtney as part of a plan to sue Paradise Valley Unified School District.

Courtney was convicted and sentenced, under then Maricopa County Attorney Andrew Thomas who refused to consider the new evidence of Nik Valles’ recantation to avoid having to admit that his office made a mistake and convicted an innocent woman. Thomas was disbarred in 2012 after being charged with 32 alleged ethics violations on another case.

Courtney has maintained her innocence from the beginning and filed her Writ of Habeas, "actual innocence" claims, in the U.S. District Court of Arizona, 2013. But Arizona’s Attorney General Tom Horne and Maricopa County Prosecutor Bill Montgomery have done nothing to help this new evidence come to light and free Courtney.

Courtney's new and exculpatory evidence exists: proof of her innocence and a scam for money came forward, which they refused to hear in an Arizona Court: (1) Courtney passed a polygraph test. (2) The prosecution’s star witness, older brother, Nik Valles recanted his trial testimony. (3) The accuser’s one-time girlfriend, came forward in a deposition to say that Jonathan told her, on numerous occasions that "nothing happened". (4) Other witnesses, acquaintances of Jonathan Valles, who did not know Courtney, came forward to say, that Courtney did not do anything wrong.

Still, prosecutors have refused to hear this new and exculpatory evidence. In our long fight to save our daughter, we’ve sold our home, Courtney’s home, and used much of our retirement savings to pay for mounting legal expenses. We need your help. Please sign our petition asking Arizona Attorney General Mark Brnovich, Maricopa County Prosecutor Bill Montgomery, and Governor Doug Ducey to do everything in their power to right this wrong, in this travesty of justice done to Courtney Bisbee.

turksev-admin start this petition
6 Jahren ago

You are signed Successfully!

You’re one of 7 people to sign this petition. Now help find 0 more people to reach the goal. 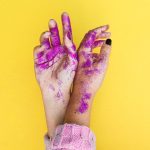 Today: turksev-admin is counting on you

Facebook enabled Russian interference in the United States election in 2016, but ...

My mother, Alice Marie Johnson is a 62-year-old grandmother serving life without ...

I was sentenced 78 months to serve at a federal prison for ...